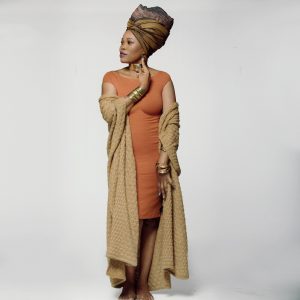 An in-demand, multiple award-winning sing-jay who has headlined music festivals throughout the world, Jamaica’s Queen Ifrica is also an unrelenting social activist and artist who often counsels victims of abuse and other disadvantaged persons and organized transformative peace marches in some of the island’s most volatile communities.
On her second album for VP Records, Climb, Queen Ifrica’s activism takes on a decidedly global approach: the track “I Can’t Breathe” rails against ongoing police brutality in America; the ska flavoured “Rebellion” name checks uprisings across several continents that have secured rights and improved the lives of many marginalized individuals, a sentiment that’s reinforced on “Battlefield”, which warns “we never yield, its war on the battlefield, if you nah hear you ah go feel.”
“Maybe because of my patriotism I have tended to (lyrically) focus on Jamaica but I am evolving and on this album I am singing about struggles wherever people find themselves,” says the Queen. “These songs come to me as I am watching the world; I see myself as a social worker that uses music as my tool because music is the greatest weapon to impact societal change, to help young people to understand themselves more.”
As one of the few “conscious” female voices in popular Jamaican music, Queen Ifrica is particularly concerned about the future of her young female fans; on Black Woman she implores young ladies to know their worth and not be swayed by objectifying trends in popular culture and music, including dancehall reggae. “Music gets into schoolgirls’ minds before everything else so you have to be careful about what they hear and see. There are so many young girls who look up to me, I have to use the platform that I have to speak out about what is going on.”
The forthrightness within Queen Ifrica’s empowering song lyrics has earned her legions of fans and countless awards including Artist of the Year, Most Educational Artist of the Year, Songwriter of the Year and Best Female DJ/Rapper honours at the 2011 Martin’s International and Reggae Music Awards held in Florida; the Female Artist of the Year Honour Award by the Jamaica Reggae Industry Association (JARIA) in 2013 and an Award of Excellence at the 12th Annual Caribbean Hall of Fame Awards, 2014, sponsored by the Caribbean Development for the Arts, Sports and Culture Foundation.
Born Ventrice Morgan on March 25, 1975, Queen Ifrica was raised by her mother and stepfather, as well as a supportive Rastafarian community, in Jamaica’s resort capital Montego Bay. “The name Ifrica was given to me by my mom; she and my step dad were of the Rastafarian faith and that is where my real cultural awareness comes from,” she reveals. Ifrica was in her 20s before she really got to know her father, pioneering ska singer Derrick Morgan, but the two enjoy a close relationship today.
As a promising young talent Queen Ifrica outshone other participants in a 1995 talent contest held at Montego Bay’s Club Inferno. But it was an auspicious December 1998 meeting with venerable cultural sing-jay and producer Patrick “Tony Rebel” Barrett, following her performance at a concert honouring the late reggae singer Garnet Silk, that provided Ifrica with a significant career opportunity. Ifrica’s performance of two Silk tunes so impressed Rebel (who had mentored Silk early in his career), he offered to cultivate her talent through his Kingston based Flames Productions, now called Organic H.E.A.R.T.
Rebel presented the Queen at the January 1999 staging of his annual cultural reggae concert extravaganza Rebel Salute. Shortly thereafter, Ifrica relocated from Montego Bay to Kingston to fully concentrate on her music career, with Rebel supplying invaluable suggestions for sharpening her writing skills, refining her stage presence and liberating her vocal delivery. Queen Ifrica now commands audiences by the thousands, performing at various international concerts and music festivals. In late September 2016, alongside the legendary South African trumpeter Hugh Masakela, she headlined the Johannesburg Arts Alive Festival. While in South Africa, Queen also performed at the 80th birthday celebrations for Winnie Madikizela-Mandela’s ANC Women’s League; Winnie is respectfully referred to as “the mother of nation” for her decades of unyielding efforts to dismantle South Africa’s racially oppressive Apartheid system. That Queen Ifrica was selected to perform at Ms. Mandela’s milestone event is a testament her musical excellence and the significance of her activism; at stage shows across Jamaica, her lyrical ability to torch societal ills has earned Queen Ifrica the affectionate moniker Fyah Muma, also the title of her debut album. In 2009, Ifrica dropped her first album for VP Records entitled Montego Bay, which included the female empowerment anthem Lioness, her hit song “Daddy” (addressing the too often hidden topic of incest) and the searing title track. Due to the city’s recent surge in crime and murders, Queen Ifrica’s “Montego Bay” is now a conduit for her efforts in creating a movement for peace in the resort capital, which includes a proposed December concert. “I want to do something really impactful, bring in artists that the young people who are killing each other listen to, and have them speak to putting an end to the violence,” Queen Ifrica discloses. “We will also include motivational speakers and influencers who have a voice that people listen to, so it can be felt that change is on its way.”

Queen Ifrica’s status as one of reggae’s foremost listened-to and committed voices furthered by Climb’s 15 hard-hitting tracks. The album opens with the hip-hop tinged, authentic male/female dialogue heard on “Truvosation” featuring Damian “Jr. Gong” Marley (produced by Rickman “Jamplified” Warren). Warren also produced the title track where Queen’s beautifully sung lyrics encourage perseverance, especially during challenging times. On “Ask Me Granny”, Queen reveals two of her greatest motivational sources, her mother and grandmother, each overcoming many hardships to set a positive example for the younger generation. For the men in her life, especially her fans, Queen Ifrica offers a romantic voice on the sensual lovers rock tune “Better Than Amazing”, courtesy of I’Core Productions. She begs forgiveness for infidelity on “All That I’m Asking”, and reminds females to respect their unswerving male partners on “Good Man”, both produced by Tony Rebel. “These songs come from my male fans asking me to do songs for them; as much oppression as women face, men face it too, so sometimes just a little acknowledgement to say honey I know you are there goes a long way,” Queen explains. Rebel lends his production expertise to several tracks including “Medical Marijuana”, a crusade for the legalization of cannabis, which Rastafarians cite as a holy herb, and “That’s How It Is Sometimes”, a summation of Ifrica’s genuine approach to her life and music.
“I like to deal in reality, accepting life for what it is and when bad things happen and you don’t know what to do, music can offer that glimmer of hope,” she says. “I am happy to be a voice that stands in the light and gives something that people can relate to and take from.”