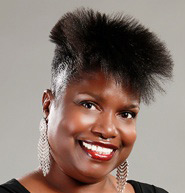 Alton McClain Scarborough has been singing professionally for over 40 years. After moving to Los Angeles in 1977, she met her first producer, signed a recording contract as Alton McClain & Destiny, and released the top 40 hit “It Must Be Love”. She has toured nationally and internationally with Teddy Pendergrass, Frankie Beverly & Maze, Chic, Peobo Bryson, The Gap Band as well as many others. While touring in Japan, she heard the call to sing Gospel. She then recorded the CDs God’s Woman and Renaissance. She is currently working on a third Gospel album as well as a cover album of Skip Scarborough’s music.