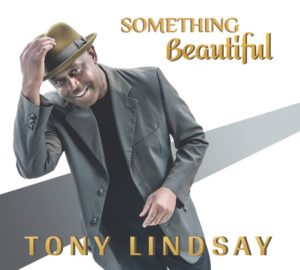 After 25 years as the lead vocalist for Santana, Tony Lindsay has garnered 11 Grammy awards, travelled on several world tours and recorded on seven CDs: Milagro (1992), Supernatural (1999), Shaman (2002), Ceremony (2003) and Food for Thought (2004), Ultimate Santana (2007) and Multi-Dimensional Warrior (2008). Their current tour involves Santana’s First Rock Residency: an exclusive two-year deal for 36 shows with AEG at the Las Vegas Hard Rock Hotel and Casino’s concert hall “The Joint,” which began May 27, 2009. When not on tour with Santana, Lindsay performs at various local venues and festivals. Tony has become a regular performer for The Golden State Warriors (NBA), The Santa Cruz Warriors (G league NBA), The San Francisco 49ers, The San Francisco Giants and The San Jose Sharks, singing The National Anthem.

In 1980, Lindsay arrived in the San Francisco Bay Area from Kingston, New York, and continues to perform with the first band he formed Spangalang, who have opened for Curtis Mayfield, Tower of Power, Gerald Albright, Jr. Walker and the Average White Band. He was one of four singers who travelled with “Dancing with the Stars,” the road tour version of the popular TV Dance show, which began in 2005. Lindsay joined Dancing with the Stars on three of the first four seasons as well as touring with Santana. Other bands that Tony helped form and still performs with are The Soul Soldiers, Black Magic, and the Ray Charles Project.

In 2015, Carlos Santana decided to change personnel in his band and set the wheels in motion for Tony to start on his 5th and current solo CD “Something Beautiful”.