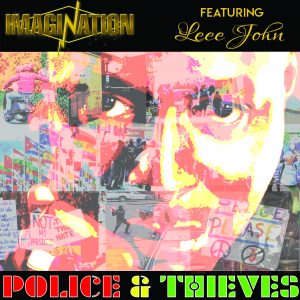 Imagination featuring LEEE JOHN presents: “Police and Thieves” the 2018 film from “The Do it Right Now campaign”

Presenting the Police and Thieves music video, duration (3 mins) and short film (11 mins) the brain child of Leee John, lead vocalist and writer of the group Imagination, inspired by his observations of the challenges facing young people today.
His aim, to assist in helping and supporting young people globally to make the right life choices and ultimately achieve their full potential and in turn becoming positive contributors to their communities and society as a whole. The “Do it Right Now”, initiative is a campaign to enhance people to embrace the moment and make the most of life.

From the acclaimed album “Retropia” the music tracks “Do it Right Now” and “Police and Thieves” act as central focus points of a bigger global campaign, which echoes with the message of support and exposure can and WILL change lives.