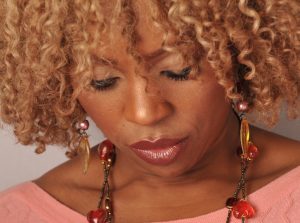 Songwriter and multi-instrumentalist Tom Glide has assembled an ideal host of defined female vocalists for his sophomore collection, Divas Got Soul. Backed by solid, danceable grooves which fuse hearty rhythm sections fused with appealing programming work, each of the 10 divas display a knack for keeping it in the pocket while not shying away from letting loose with colorful flair.

Opening with the fly and jazzy, funky and hyped-up “Strong Feelings,” Divas Got Soul immediately sets into driving mode with a charging beat, saucy synth work from Ivan Russo and coolly situated trombone fills by Annie Whitehead complementing Tracy Hamlin’s vibrantly assertive vocal delivery. Confronting the realities of a soured relationship while accepting the hold brought on by its corresponding memories, the straight-shooting lyrics have a fire that meshes well with the dynamic instrumentation. Just as the track is of a considerably different nature than much of the material that the Pieces of a Dream vocalist has fronted over the past decade and a half, the subsequent mellow house groove “Soul Train” lets much-loved British neo-soul duo Hil St. Soul shine in a contrasting light.

Keeping the pace steady, prominent garage house chanteuse Stephanie Cooke stays true to form on “Light up the Sky,” while Kenya provides sultry vibes on the laid back and atmospheric “True Fantasy.” Meanwhile, Nia Simmons offers a contemplative and endearing performance on the set’s midpoint slow-jam, “My Time (Shine).” “All that I want, all that I need can be mine/But I’ve gotta stop wastin’ time, I’m determined to shine,” she relays with authentic understatement. It should be noted here that all of the featured artists co-wrote their respective cuts with Glide—resulting in a well-rounded palette of full-bodied musical flavors throughout.

The quest for and achievement of simple joys is a premise that runs through Divas Got Soul from start to finish. While many moments are celebratory, there are several reality checks interspersed on the journey to happiness. Aside from the aforementioned “Strong Feelings,” the nostalgia-laced “Old Skool Dayz” references both the musical and cultural qualities missing from this ultra-digital age we live in and the painstaking economic challenges so many of us face after hitting roadblocks during adulthood: “Now it’s all just an uphill climb/I’m payin’ bills and I’ve got no spare time…Hate to admit I need more joy in my life/To loose myself from the ties that bind.” Chidi, who previously worked her magic on Cool Million’s “Take Me Home,” conveys the yearning for a more personal connection to the world through her narrative of these hardships and even the simple pleasures like “Bazooka Joe’s wrapped round a bubble gum/My 45’s and LP vinyl’s on…and the ice cream van was always playin’ my song.”

Closing out the album, Candace Woodson serves up a fine helping of sophistication on the romantic “Where You Are,” followed by a fittingly soft-toned, yet groovy stepper, “Tribute to the Music (Extended Jam),” led by Gina Carey’s refined pipes.

Borrowing from the rich traditions of classic Soul music and blending a fusion of Rock & Pop, CHIDI delivers her own brand of UK Soul.

Her musical journey began as part of a national Gospel choir supporting major Gospel artists such as Fred Hammond, Kirk Franklin, and Mary Mary. She has shared the stage with some big names; Stevie Wonder and Pixie Lott to name a few and also been a backing singer for the ‘Queen of Disco’ Ms. Gloria Gaynor.

She emerged on the UK Soul scene in ‘09 with the underground smash hit ‘Wrong Again’ from her debut album ‘UnRehearsed’. Closely followed by a second studio album entitled ‘EXHALE’ which included the incredible break out hit ‘Someone’ a sassy funk track which still features heavily on urban radio stations. 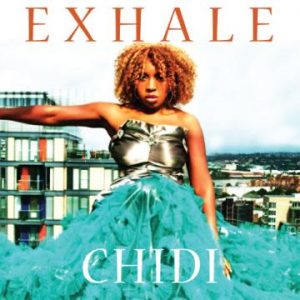 Now she’s back on the scene in collaboration with the infamous Tom Glide on the ‘Divas Got Soul’ compilation with an upbeat Summer jam that shows her versatility as a songwriter whilst keeping with the Old Skool Soul vocals she has become known for.

With her natural bubbly nature she has a delightful ability to put her audience at ease and convey the message of a song with great intensity and sincerity, definitely one to watch out for.