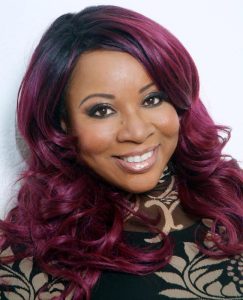 Donna Allen is the “Power House” Recording Artist from Florida. She’s travel all over the world preforming her Hits records, which includes smash hits such as: “Joy and Pain”, “He Is the Joy”, “Talk About Serious”, “Satisfied”, “Sugar”, “I’m Your Bride”, “Real”, “Your The Best Thing”, “Change”, and many more…. Her latest release “THANK YOU DJ’S” is predicted by many National Dj’s, sure to be a mega HIT all over the world. Donna Allen was the First Black NFL Cheerleaders(Swashbucklers) for the Tampa Bay Buccaneers. And, First Runners Up in the Miss Black Tampa Beauty Pageant in the 70’s. She’s had many hits in major motion pictures. Such as: “He Is the Joy” in the Hit Motion Picture, Produced, Written and Directed by: “Tyler Perry”, “Make It My Night”(Fatal Beauty) in Motion Picture starring: Whoopi Goldberg, “Real” in the Hit Motion Picture (The Specialist) Starring: Sylvester Stallone & Sharon Stone. “Real” Written by, World renown Song Writer: “Diane Warren”. Donna Allen has embarked on an acting career. She landed a leading role in the short film “Mama I Saw Jesus” soon to be release, Directed by: Jermaine Aglin. Donna Allen has tour with many major recording artist(s), having many credits to her name as a Lead and Background vocalist for many different sounds represented in a large variety of “A-List” Recording artist(s). You can hear her amazing vocals talents on the likes of: Lil Wayne, Jennifer Lopez, Gloria Estefan, Phyllis Hyman, Jon Secada, Etc. (Just to name a few). She’s compared to the likes of: Tina Turner, Gladys Knight, Chaka Khan, Anne Lenox, Joyce Kennedy (Mother’s Finest), & men; Such as: James Brown, Al Green, etc. Donna Allen undeniable Vocals Talents puts her in a “Class of Her Own”. Her New Dance House Single “THANK YOU DJ’S” will surly have you dancing and wanting more, and more, and more and more of “The ONE & ONLY “Donna Allen.